If you love romance novels as much as I do, then I bet you've already been named by someone as a person who lives in their own world, in their own fairy tale. But every time I get the chance to read a book like the one I'm talking about today, I also get the opportunity to remember how beautiful it woul be to live in one. Stories like Charming the Prince (published in 1999) are full of wonder, beauty and bravery and who wouldn't want to live in a world like that? I would choose to live in my own fairy tale every single day. 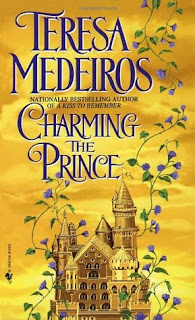 He's Bannor the Bold, Pride of the English and Terror of the French. He's a warrior and a man well known for his taste in women. He's also a man stuck with a few very special children.
As any other warrior he isn't very good at knowing what to do with a bunch of children that demand his attention around the clock, so Bannor makes a hard decision to send his trusting steward to find him a bride. He is to look for a kind and loving woman, one that would take care of his children as if they were her own.
But his steward comes bach with lady Willow of Bedlingtona, a woman beautiful and brave, the one who has no intentions to play by his rules.

Willow has grown up taking care of many of her step siblings and the only thing she wants is to be truly wanted and not only needed. After meeting Barron, she realizes her wish would never come true. Every now and then a new child is left on his doorstep, and Barron would welcome all of them. Yet, he would never like to to have one with his own wife.
So Willow has to take matters into her own hands. Great changes are ahead for Bannor the Bold. 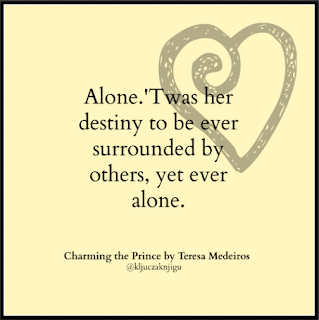 This story is, in a way, a Cindarella retelling, but with only few similarities. I liked that the author managed to show us some resemblances but didn't copy the whole concept of the original fairy tale.

I liked the female protagonist because Williow is a not one of those girls that are created with a purpose to like everything a woman 'should' like. She doesn't think she came to this world to produce children nor she likes to take care for the ones that are not her own.

Willow is a determined girl, ready to get her hands dirty and cause some problems to make her point. I also like her because she showed no mercy to the Barron's insolent children and her own family members. In short, she was brave enough the stop the ones who made her feel bad, and not only forgive the things that are not ment to be forgiven (which is exactly the thing so many protagonists would do). 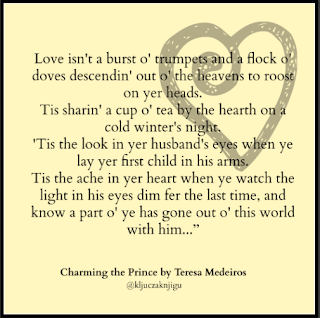 The only thing about this novel that I didn't like is the romantic story between two characters of age of 13 (the relationship that all the characters find normal). Call me old fashioned, but I don't find it entertaining.

Charming the prince is the first novel in Once Upon A Time book series, followed by The Bride and the Beast and A Kiss to Remember.  For all of you who like the modern retellings of classical fairy tales, enjoy!