Shame on me for not reading this series a loooong time ago! First Grave on the Right is the first novel in paranormal romance suspense book series named Charley Davidson with 12 books in total.
Paranormal.
Romance.
Suspense.
This series has my name all over it. Let's dive in! 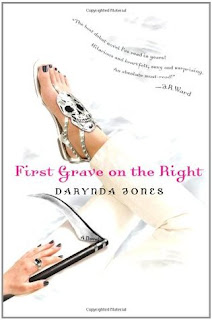 Charley's can't really say she's surprised when three dead persons march into her life uninvited. Well, not dead people, more like their souls or spirits or... whatever.
Some of her normal includes seeing things other people don't, being seen as a crazy person when she walks down the street talking to herself, solving crimes using the information she shouldn't have and helping dead souls cross to the other side. Wherever that may be. For the most part, she works as a private investigator. But those other times are the interesting parts.
Then she works as a grim reaper.
Sometimes a soul decides to stay a while and that doesn't surprise her either. But now she has three of them who need their help.
Plus that fourth new thing that actually scares her. Plus those erotic dreams she's been having.
This is getting really complicated. 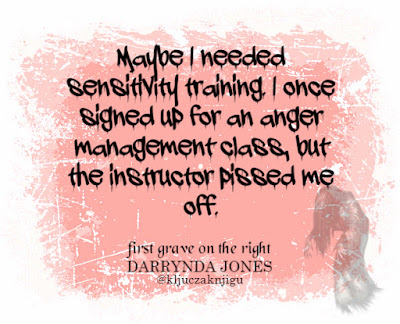 It has been so long since I've written a review about a novel with fantastic motives and I missed it so much. Somehow I always end up reading a romance with no paranormal characteristic and you know the feeling. Too many books, too little time. I'm so happy I got to discover the story of Charley Davidson. 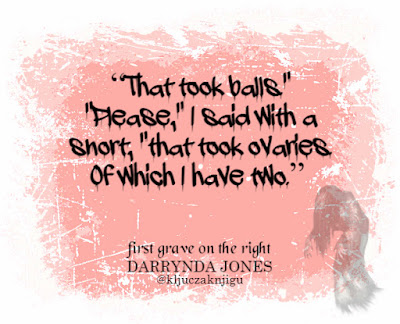 Charley Davidson is amazing. Her name's not accidentally so similar to the famous motorcycle brand Harley Davidson. She's special in so many ways. She's a grim reaper whose roommate is a ghost levitating in the corner of her living room. Charley has no boyfriend nor does she really care. She's not one of those who need their heroes watching the doors so she could sleep at night.

She's a funny, cynical person that has nothing against the fact she's so special. Charley is saucy, resolute and resolved. She lives by her beliefs, makes sure the justice is done, but also knows when to show her sweet side.

This is one of those novels you just have to read. If you live urban fantasy, solving crimes and falling in love with characters different from all the rest, read First Grave on the Right. Trust me.