*Mister Grey will see you now.*
Here we go again. Another book in, in what some would call the most loved and others the most hated book series of 21.century (for now).


This review is about Darker, the second book in Fifty Shades as Told by Christian book series.
I recommend reading this trilogy after the original Fifty Shades otherwise it will not make any sense for you. 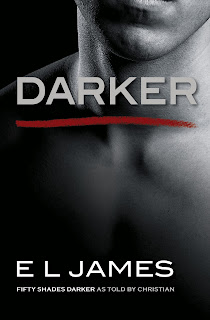 I'll let myself skip the blurb this time because we already know what this book is about. Darker lets us relive the story of Ana and Christian from his perspective so we get to read how he perceived their relationship form after their first fight until the day she agreed to marry him.

After Grey was published, I wasn't really sure we needed that book. Grey was poorly written and it looked like Lames didn' take time to get the know the character the way she knew Ana. We'we literally read the same text, with only a few new information (that weren't actually inevitable).

Darker is better, that I have to say. It feels like James has finally been able to concentrate, avoid the repetition, and get to know Christian a bit better. I still don't think she's especially skilled at writing form male POV, but it is how it is. 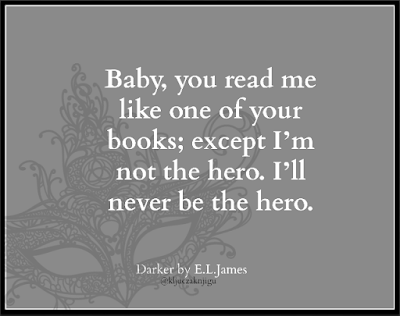 I was most interested in reading the scenes in which Ana didn't take part. I wanted to know what Christian does when he's not working, who does he spend his time with during the business hours, how does he behave at that time. The most interesting were the scenes when Leila showed up in Anna's apartment, the one where he submitted to Ana, where he showed us what it took to stop being afraid of her touch. The day his helicopter crashed, his proposal and the ultimate confrontation with Elena. Those were the golden moments that made him the man we met in Fifty Shades trilogy. Those where the moments something was actually happening.

I liked the way he gradually started to accept Ana's friends, her work, and her wishes. The moment he understood how much he means to his family and the way he was saying goodbye to the part of his personality he needs to let go to be able to live a new life. His thoughts about his earlier life were short but meaningful, something we needed more of. It's how we meet his alter ego, the man that fascinated us the first minute we met him. 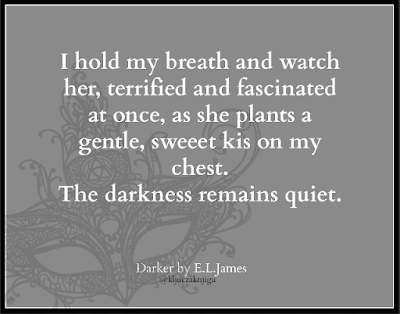 *SPOILER ALERT* What I did not like is that one moment when he was thinking about how seeing Ana with another woman would turn him on. He's Christian Grey, forever jealous, the possessive alpha who can't stand Ana being near another man - his possible competition. But her being with a woman would be fine? Because women couldn't possibly pose a threat to his relationship? After living the lifestyle he lived? Umm...Elena??? Makes no sense for him all of the sudden to want to share Ana with somebody else. Male or female.

I'm sure that the loyal fans of E.L.James won't even think about skipping this book, no matter what anyone says - and that's how it should be. Those of you who don't like this trilogy won't even consider reading it - and that's fine too.

Darker will not find his place on my list of favorites of 2017, but I'm glad I've read the novel. Once the last book is published (I'd say now she has to publish it - and I would also take a wild guess and say it would be called Freed 😂) I will read that one too. If only to properly finish the chapter all of us started long ago, in 2011.


What do you think about Darker? Let me know!

Here you can find this review in Croatian.
More reviews of novels by this author: E.L.James: Grey