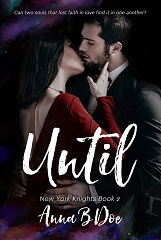 Sienna was betrayed by those she loved the most, and that means she could never let herself love again. Love is a weakness, it hurts. She had to learn that the hard way.
J.D. knows how it feels to be abandoned so he learned not to expect much from people around him. But once Sienna Roberts walked into his life, and brought along joy, beauty, and hope for something better, it wasn't easy for him to pretend he wouldn't want more from life, no matter how impossible it seemed for him to have it.
But life had plans for D.J. so it let him find a secret that had been kept from him for a long time. Finding it out would change his life forever.
J.D would have to learn how to become more than just a football player, how to protect people that depend on him and how to deal with his feelings for Sienna.
Because they do exist. As much as they both would fight it, there's so much more between Sienna and J.D.
Would they ever be strong enough to act on it? 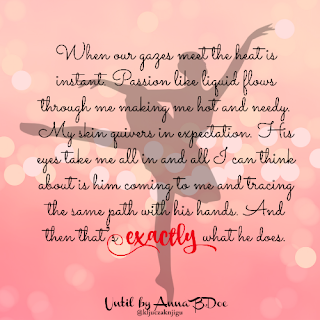 After reading Until, the ones who have also read Lost & Found would probably notice that this latest novel is written in a bit more positive tone, the fact that says a lot about its characters. Sienna is a girl we got to know as playful, open and determined. She seemed successful in everything she did and made life look easy.
Nothing could make J.D doubt his talent and that made him a bit arrogant and very funny. He lived the life he liked and made no excuses. But then everything he knew changed and suddenly being football player wasn't enough anymore.

The thing between Sienna and J.D. is sizzling and alive. They feel such strong attraction one for another and they don't even try to deny it. Those two characters live for the passion and beauty and reality that is their invisible connection.
Until...
Until they realize the connection is not the only thing that pulls their hearts together. There is also love. But sometimes it's hard to give up the ugly to be able to claim the beautiful. It takes courage and a decision to fight. 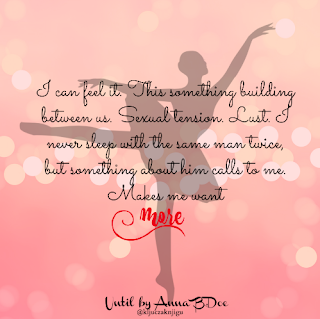 Sienna and J.D.'s lives are everything but easy, and yet they've found the reason and the way to smile and to be happy. The direction their lives are taken will show us no rules are set in stone and our hearts are those that make their own. They will teach us about self-confidence and about the importance of trusting people who care about us. They are the best example that life will never give us more than we can take. Just enough to make us tough and resilient.

Be sure to start this series with Lost & Found. The link that will take you to my review is down below and there you can also find the interview with the author. Also, while we're waiting for the third and final installment in New York Knights series, go to Facebook and show some love to Anna by joining her reader's group Anna's Bookmantics. You can find her on Instagram too (@bookmantic).


Be sure to start this year the right way, with Sienna and J.D. 😉