This is how celebrating Valentine's Day is done. By finishing one of the best ever new adult book series and then sharing my thoughts with you, ladies and gentlemen.
It's time for you to meet John Tucker in The Goal, the fourth and final novel in Off-Campus series by Elle Kennedy.
Happy Valentine's Day to all of you. May you reach your own goal - the true love you've always been waiting for. 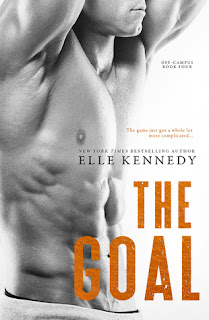 Sabrina James has already planned her whole life. She is to go to Harvard Law School and get a perfect job that will allow her to live a decent life away from people who make her days miserable. But her responsibilities, two jobs, stress and lack of social life make her want to take a night for herself. She decides to have fun and the best way to do it is by finding a guy who plays sports - everyone knows they're the best. Bu John Tucker is not really what she had in mind. And yet, they happened.
And once was not enough for him. Tucker has heard about Sabrina but wanted to meet her himself. Now, he wants to have her for good. He's ready to show her he wants her and has every intention to play by her rules. But then both of them get the news that would change their lives forever.
Not only will they have to go through college and the process of starting a new business, but the will have to learn how to take care of another human being.
Are they ready to do that?

Aaand we're finished. Here's for the and of yet another wonderful book series that made us swoon. I think the only proper way to review this last novel is to look back and remember the first three: The Deal, The Mistake and The Score. It's the way for us to remember the crazy ways the four of our guys were at the beginning, only to be able to understand and appreciate this ending more. They were restless, unpredictable boys who have grown up into more mature and serious men, but managed to keep the best part of their personality: their humor and the sexiness that has grabbed our attention at the start.

Tucker and Sabrina have shown us what it really means to become a mature grown-up person. Taking care of another human being made her question all of her plans, and her decision gave us the reason to fall in love with female characters as much as with the male. This novel, maybe even more than any other, show us the real importance of persistence, loyalty, love and friendship. The scenes that feature all of our boys are still the funniest and most interesting. 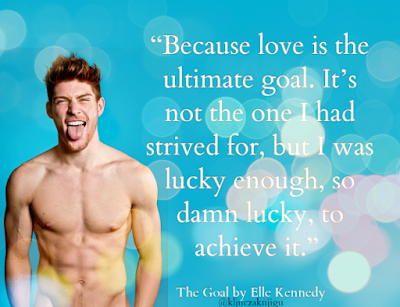 No matter which one of the naughty boys you were fangirling over so far, let me tell you, in the end, Tucker is the man you'd most likely bring home to your mama. But that doesn't mean he's any less sexy. Oh, no. Johnny boy will make you go wild, don't you dare doubt.

If this is your first time reading about any novel by Elle Kennedy, make sure you start Off-Campus with the novel no.1. If you've already read her novels, you probably know Elle has announced the spinoff novel The Chase for July 2018. Let's hope she delivers in time.

So, which one of our four hockey players is your favorite? Let me know in comments,