“No relationship is ever perfect, but when you truly love each other ... it doesn't have to be.”

This is not your ordinary romance novel since it was written by a man (we all know women and men write romance somehow differently) and was not even intended to be a romance novel. But it kind of still is. Love...From Both Sides is a humorous novel that will make you laugh even if you try not to.
Actually, now while I'm writing it, I get the feeling this novel doesn't even need to be presented in a review to make people want to read it. It suffices for you to open the book and read a line or two - and you'll be tempted not to buy two copies right away. On for you to immediately destroy with your tears of joy and one for later. 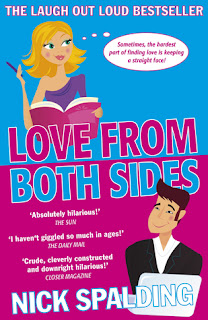 Love...From Both Sides describes the "methodes" Jamie and Laura use, before they meet each other, to find a person to spend their lives with. The say yes to blind dates and not so smart people they friends and family members try to match them with.
But sometimes it just seems the whole universe is against the idea of them finding love, because the people they meet are even crazier than they are.
Even when they finally do meet each other - there are some serious but oh so hilarious obstacles that stand in their way. 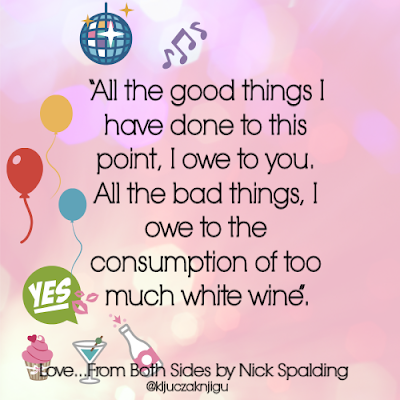 There are no rich, above average, handsom guys and equally beautiful ladies in this novel. It's not aiming to impress.
Nope, here we're reading about real life people, like you and I, who learn how to love and make many mistakes in the process.
While considering reading it, I admit, the novel seemed interesting because it was written by a guy. Normally, the ladies are the one who write about finding love, so it was interesting for me to read how a women's POV would look like from men's POV. But also, do men think about love the way women think they think?

So that's why I decided to comment on the way Jamie is functioning in this novel, and see what exactly is happening in a head of a guy seeking love.
There's a common belief that men think about sex very regulary, if not too much - and as it turns out in this novel - that's true.
But I've also learned that they think about other, more important things too - but it does make them suffer to be forced to make the effort. Some of those things are about having to buy new boxer briefs, the need for the new furniture for the living room (it ends by him buying the chouch, the tv and a shelf, and by me asking about was there even anything in that living room to begin with), and for a 7 ft tall ficus (and that did not make me think about how he maybe bought the giant plant to compensate for another smaller thing he has to live with). 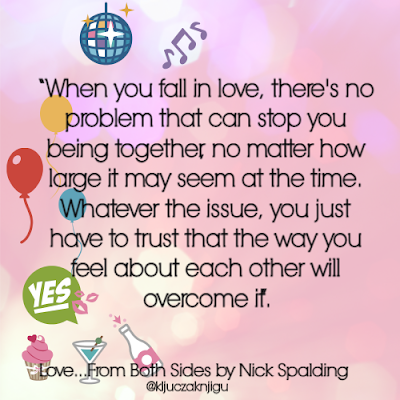 My worries about furniture died when I realized the guy also has no kitchen table, because, what's the point of me stressing? It only proves he likes to think about existencial problems when it's really necesary. In any other situation, that's what he has women for 😜
I've also read that he would do or say practically anything to get a date, pretend to be interested in her life only to get access to the part of a woman's body she wouldn't let him come close to under any other circumstances.
Of course, this are the characteristic of our boy Jamie. I'm not saying the same goes for the entire male population. I'm sure Jamie was created the way he was creted, by his male creator to be used as an exception and not as a reprezentative entity 😉

Another one of my conclusions was that men and woman can sometimes read each other minds so easily, while sometimes they cannot even fathom what is happening in the head of the another.
And last, but probably the most important thing this novel thought me is that, while all of us have this one, most important goal on our minds - to find love - there is one serious problem both genders suffer from: never having anything to wear (read it to understand it 😘).

What this book really is, is a proof that love wins over every flaw and imperfection. We can list an entire collection of our foults, but if it's real, those flaws will be what we love the most in another person. And wthat that special person loves in us.


Read Love...From Both Sides. If there's one page in this novel that doesn't make you want to shake in uncontrollable laughter, let me know, I dare you.
That's how sure I am you will love it.