I've started reading this novel two times and gave up after the first chapter. Then the third time I had it in my hands, I've decided to just sit down and finish it.
The Thousandth Floor
is a first novel in The Thousandth Floor book series, followed by The Dazzling Heights and The Towering Sky.
This review will tell you why it took me so long to read it, and why I'm now sorry for not doing it sooner.
Let's start. 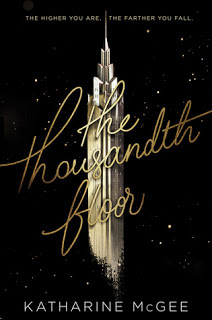 A thousand floors above the ground, in a tower more than a thousand feet high, anything is possible. This is where the richest of the rich live. Avery Fuller is one of those perfect, beautiful and wealthy people who have it all. But there's one thing Avery doesn't have - a boy she loves but who is forbidden to her. So she has to decide - to forget him or to risk it all and make him hers.
But she's not the only one with a secret. There are four more people living in the tower, whose lives will somehow get entwined. Abundance versus poverty, intelligence versus power - Leda, Rylin, Watt, and Eris fight to survive, to love and to get their vengeance. But one of the five is ready to take the things one step further and commit a crime.
These high schoolers are dangerous. 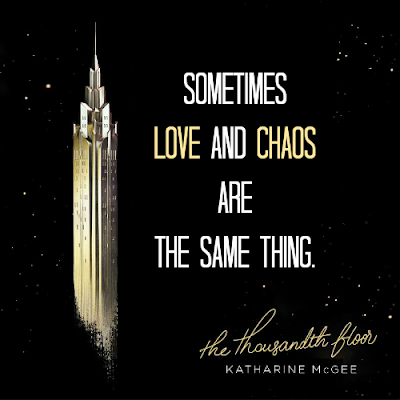 One of the reasons it took me so long to read this novel is that I'm really not into books that have more than two protagonists. I don't like more than two POVs because it's just impossible to get to know the characters on a deeper level when you have a different person talking every five or six pages. But when I finally made my peace with the way this novel is written I could start enjoying it properly.

My second reason has a bit to do with the first. The first 50 pages of this novel were a bit boring. That's because they were narrated from five different POVs to give us an insight into the lives of our five protagonists. So nothing actually happened there. Again, after making myself sit still and read, things finally started to happen. Interesting things.

The third reason are the science fiction parts. I was anxious that there would be too many "details" and descriptions of this unknown futuristic world that would draw focus away from the plot itself. And descriptions are not my favorite parts of any novel. I live by the rule show, don't tell.

Of course, the three of the mentioned reasons actually say nothing about this novel and everything about my reading preferences and assumptions I've made before reading. That's why I was happy to listen to that voice inside of me that told me to shut the hell up and read it. 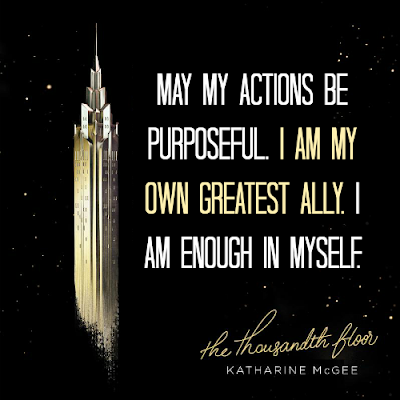 The Thousandth Floor is a very successfully and skillfully written novel that makes us want to be a part of this world full of technological miracles that would make our heads spin. The people that live in the tower make part of different social circles, love different things but somehow they manage to become part of each other's lives in a way that will forever change their faiths.

It's the year 2118., the time when your refrigerator tells you you've surpassed your daily calorie intake and refuses to open its door for you. Or when you wear contact lens that are actually computer screens that allow you to read your messages without anyone knowing you're doing it. Every horizontal surface you touch is a smart surface and things like smartphones? Hah, nobody even remembers those silly things anymore.

However, the people we meet are far from perfection. They sin, they make mistakes and do stupid things. They drink and do drugs, steal and break law, hang out with a dangerous crowd and do whatever it takes to survive.

So if you're wondering what my official opinion on this young adult sci-fi novel would be, I'd say go and read it - it's worth it. This story is consuming and really interesting. It will make you witness a crime you shouldn't have seen and that will make you want to stay inside the tower to find out more. To dig out every secret and to expect the punishment that fits the crime.


The second part of The Thousand Floor book series, brings in another character, one ready to make those we know even more miserable so the smartest thing for both you and me now would be to go and read it.