I'm a sucker for beautiful covers. I've recently spent an hour browsing through Goodreads, making a list containing the names of novels with the prettiest covers. That's how I found
Everless,
published in January this year. It's the first novel in Everless book series with a sequel coming up sometime next year. 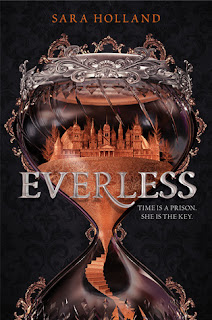 Ten years ago, Jules and her father were banished from Everless, after Jules witnessed the crime she shouldn't have seen.
Now, many years later, she, her father and many more, live on the edge of starvation. And Jules' father doesn't look very healthy.
To pay one of his debts off, he agrees to give up on some blood. That would shorten his lifespan for a few months he probably doesn't even have left.
To save him, Jules goes back to Everless, to work as one of the servant girls in the castle where Roan - the boy she used to play with - lives and awaits to be married to the future queen.
Jules' father warns her never to get near the Queen and Liam Gerling, the younger brother of Roan.
But she has no choice.
And when she comes to Everless, Jules discovers she possesses the gift of magic, what means her enemies are going to find her, whether she likes it or not. That's why she has to face them on her own terms. 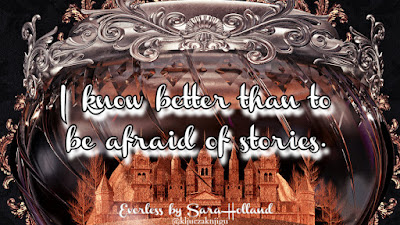 Truthfully, the cover is the only thing about this novel that deserves 5 stars.

The problem I had with this young adult fantasy novel popped up in the first chapter and didn't go away until the eight or ninth (and there are thirty). I guess the time has come for me, after all of those amazing books I've read lately, to find one that would make me want to put it away to spare myself the trouble of becoming one very annoyed reader.
Why so much narration? Where did the dialogues disappear? I'm a reader who needs dialogues to get to know people. Narration, no matter how skillfully done, gets boring after a page or two. And the words that have been said were not memorable at all.

So much telling and so little showing made the characters feel unimportant and prevented me from knowing them better. That's why I didn't feel anything for them and that means I didn't care what happens to any of them.
And it's sad because there's that one particular person I wanted to know more about and he definitely deserved more place in the spotlight. That character has a great ARC potential, that will, I hope, be revealed in the sequel (which I might not ever read). 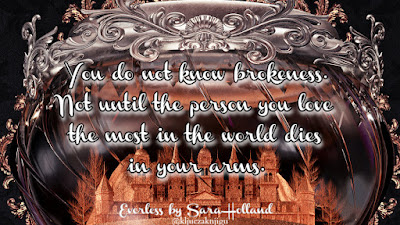 The premise is quite interesting, that I have to emphasize. The characters live in a world where time is currency—extracted from blood and consumed to add time to one’s own lifespan. If a person breaks the law or cannot pay off their debt, his blood gets extracted, magically transformed into a coin that another can put into their drink where it would dissolve. After that, the person would drink it and prolong their lifespan.
The rich have consumed time like this for centuries, living at the expense of the poor.

The blurb reminded me of the movie In Time (2011), starring Justin Timberlake and Amanda Sayfried. But fortunately, the only similarity between this book and the movie is the fact that the money is the currency everyone fight over.


After (and if) you get over the first few chapters, the plot gets more interesting. But the style still lacks the elegance and the characters never get to show their essence, the thing that would make me care. I've managed to take out only two quotes that made an impact on me, while usually, I've got 20 or 30 of them I have to choose from to fit into the review. I still, as always, would recommend for you to read Everless, and then ask you to come back and leave your opinion in the comment section.

If you want more review about this kind of novels, scroll to the top of this page and find the Post list page. There you can find more about fantasy novels I've reviewed.