This one will melt your heart...

All of this started about more than a year ago when, at the time, to me a completely unknown Anna B.Doe, asked me if I'd like to beta read her novel Lost&Found. I've said yes, because hell yes, I wanted to read it, and I wasn't crazy to refuse. The novel was supposed to be the first in New York Knights book series, featuring a football player and a wannabe author (as I've said, who would've said no to that?).
So here we are, more than a year later, gathering here for the third and the last time as a part of this series, and this time, it's
Forever. 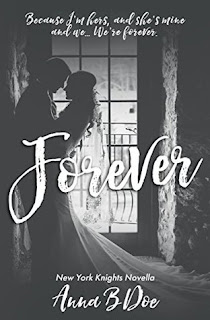 They have found each other, but Will and Bel have yet to find their happily ever after.
Living on different continents, they live for the moment they get to see each other again. Those moments are sweet and emotional, but they are rare.
For more than a year they have waited to be together and now there are only a few moments left, few responsibilities for them to take care of.
While Bel is trying to juggle between her studies and her new book,
Will makes plans, big plans that will change their lives.
He's done waiting and living on borrowed time.
He's ready to play a game of his life.
And win his Forever. 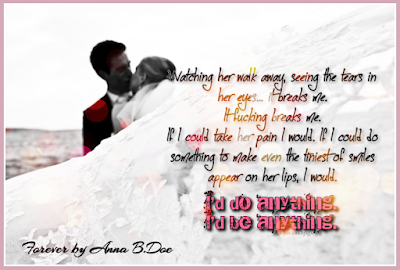 This happened fast, people. I've started this year with a review of Until, the second novel in series, only to come back today, only five months later, with a review of the final novella, Forever.

If you've been following Will's and Bel's story from the start, you remember they have had their happy ending, but their story wasn't really over yet. They did find love and each other, but the distance between them kept them apart longer than they would have liked.

So they lived their lives on different parts of the globe, but that meant one of them would have to make the ultimate sacrifice, leave their old life, friends, and family behind and move thousands of miles away. For love. 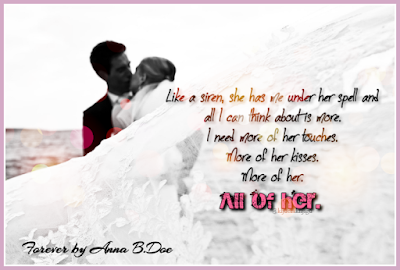 The lost girl we've met in Lost&Found has grown up. The boy who had once let love escape him has grown to know never to make this mistake again.
For the last time, Bel and Will will have to say goodbye, only to be able to reunite, once and forever.

This sweet conclusion of their story gathers all of our favorite characters, like JD and Sienna, shows us what happened with people we became so fond of and made us cry one last time.
We've got to see their forever. And it's beautiful.

There's that something that Anna does that not so many authors can do. She takes such a normal, everyday people and situations and turns them into something deep and emotional. Her novels lack big unrealistic scenes and instead of it, she's able to show emotions that all of us feel, happy or sad, every day.