Me hear the name Cynster - me buy the book 😂
I think that all of you that have read the first three novels (Devil's Bride, A Rake's Vow, Scandal's Bride) in Cynster series, would, with no doubt do the same.
So today we're talking about the novel number four,
A Rogue's Proposal. 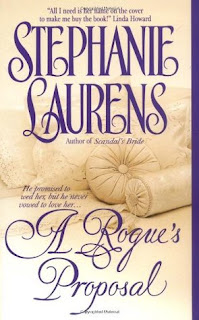 The mere mention of his name is a warning for all of Damon's enemies and those who wish to become ones, not to mess with this Cynster.
And yet some feel brave enough to try.
Like Flick, the young man with the surprisingly nice backside. But Damon is good at knowing women's backsides when he sees them, even if they are covered in male clothes.

So when he realizes the one in those clothes, wandering around his lands, is beautiful Felicity Parteger, he feels the need to do everything he can to help. Since Flick is trying to help the son of her protector, and she is a woman on a mission, it's Damon's duty to protect her.

Same way it is his duty to offer her marriage after the two of them spend the night in each other's arms. He thought he would never get married. He doesn't even want to. But he will.


If only she'd be smart enough not to say no. 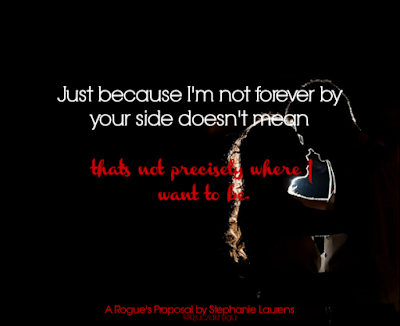 I think I'd be right if I said we always have high expectations while reading some of S.Laurens' books. And she usually gives us exactly what we've wanted. Same happened with this one, too. Laurens gave us two stubborn and oh so lovely characters that have helped her win 2008. RITA award for the best romance novel of the year.

Here we meet Damon Cynster, the man we've already had the pleasure to read about the first three book in this series. His name makes us think he's not one of those nice ones, but we're talking about Cynsters here, none of them really are. And then there's a girl. One brave enough to put on male clothes to go and save - I bet you could guess - a man! 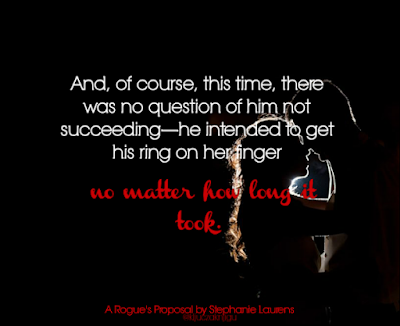 By trying to save their friend, Demon and Felicity enter a dangerous game of fraud, deception, intrigues, and fixing of horse races. Felicity, an independent woman ready to do what it takes to save her friend, and Demon, a man so wrapped up in her beauty, soon realize their biggest problem is an undeniable passion between them.

After the night they spend together, to save her name, Demon offers her marriage, but Flick is not one of those women scared to face the world and the consequences of her actions. She has standards and Demon doesn't meet them. So she refuses his proposal.
It's up to Demon to decide. She wants love and nothing less. Is he ready to give it to her?

So what do you say, guys, ready for Demon Cynster? To me, this novel has been the favorite one in Cynster series because Demon was the first male character (if I remember correctly) to say the words I love you. How sweet is he!

Now I'm ready for the last two novels. Lucifer and Gabriel, watch out, here I come.


A ROGUE'S PROPOSAL ON GOODREADSOFFICIAL WEBSITE OF THE AUTHORBUY THE BOOK HERE.