Review: Tara Sivec: In Bed with the Beast

"No man can resist the power of a lap dance!"
(In Bed with the Beast by Tara Sivec)

Ladies, remember The Beauty and the Beast? It was always one of my favorite fairy tales, because, you know…the library!
Tara Sivec has used the well-known story to inspire one of her own.
In Bed with the Beast
is the second novel in The Naughty Princess Club book series, featuring a smart bookworm-turned-stripper and a very big and ripped man with a heart of a teddy bear. 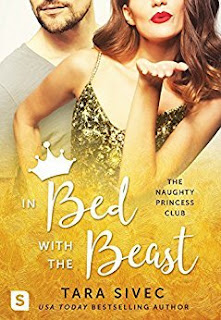 Twenty-five years old Isabelle lives in her father's basement, always and forever guarded against the world. She works at the library (it's the safes place, as her father says), never goes out at night and has no friends but her father.


Until one day, after meeting two women that have become her best friends, she decides she's done. Done with her father's rules and his overprotectiveness.


So Belle decides to sleep in her library. Until the Beast finds her and takes her to his cave. 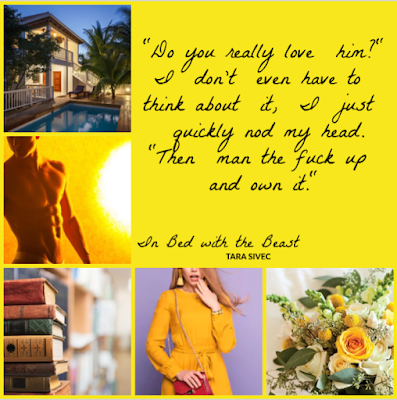 After witnessing the transformation of a housewife Cindy in At the Stroke of Midnight, it's time to meet Belle, a girl ready to grow up. For some unexplained reason, I had the need to read this novel while playing I'm not a girl by Britney Spears. Maybe because the song describes the character of Belle better than I would have thought. Very overprotected (Britney has spoken about that one too!) Belle is treated like a little girl by her own father but feels the need to become a woman, to tak erisks and make her own choices. She wants to go out and see the world, find her happiness and make her own mistakes.

After finally getting her freedom, the „grown-up“ problems start to surface: she has no place to stay and is about to lose the library she works at, the place she loves the most. That makes her start stripping, and that, my ladies, is why we're here.

Belle has a habit of babbling random facts when she's nervous, so imagine her facing a club full of men she has to entertain by taking her clothes off. Imagine her trying to seduce a big, handsome, ripped man that offered place to stay when she had noone else to help her.

And then imagine the Beast itself. An intimidating man, living in a house in the middle of nowhere, with secrets he hides with his life. His house must also hide mysteries only the bravest are ready to reveal. 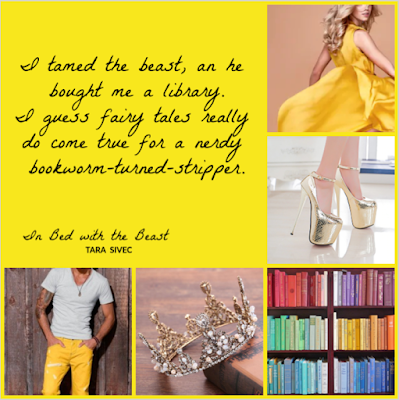 What makes this book series special is the fact the women are faced with the biggest problems of their lives caused by men. Now, some could say the novels are feminist romance stories, and to some point I would even agree. But the feministic elements are minimal, and it's not any kind of hate or intolerance that the series is focusing on or promoting. They're about the female strength and persistence these women are trying to obtain, while still embracing their feminine side, and that side loves men. These women are finding their own power while still chasing their fairy tales.

***
IN BED WITH THE BEAST ON GOODREADS
OFFICIAL WEBSITE OF THE AUTHOR
BUY THE BOOK HERE.