"You’re perfect. Everything about you is fucking perfect."
(Kiss the Girl by Tara Sivec)

What an amazing ride this has been…I wasn't a big fan of retellings until I've read about Cindy, Belle and Ariel. And since we've already talk about At the Stroke of Midnight and In Bed with a Beast, it is time to review
Kiss the Girl,
the final novel in The Naught Princess Club series. 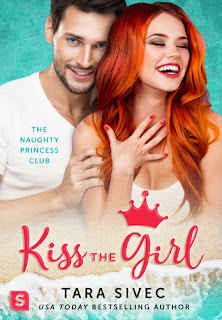 Ariel loves antiques and hates her ex husband. Unfortunately, her beloved antiques are now being taken away exactly because of him.
I think that is a great reason for every girl to go crazy.
Furthermore, it seems like the only person able to help her right now is an anoying, but incredibly sexy, Eric Sailor.

It's time for Ariel to face her biggest fear: once more to depend on a man and his willingness to help her.
But that's exactly what will make this an amazing journey. 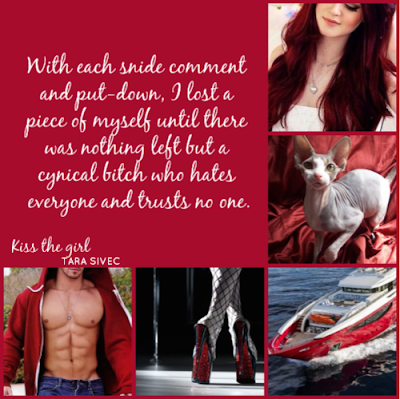 The worst thing that could happen to Ariel is to look or seem girly. She wants no man. She needs no man. She can do it all herself.
We have come to a hilarious conclusion of this amazing series about three best friends who have shown the world what the real female power. Ariel Waters (can you guess which fairy tale has inspired this novel?) is the last and the funniest of the fantastic trio, and she has finally found her Sailor.
The series meets its conclusion with the one who started it all. It was Ariel's idea to start a stripping business. She's the most determined one, and the one that puts up with nobody's sh*t. She has recognized the full potential of Cindy and Belle, stood by them while they were fighting their battles and was always ready to do what it takes to survive.
Simply said, she's a f*cking delight.

"The three of us, we lost our identities because of men. We were silenced, and were made weak because men told us we couldn't to do something. Men made us believe we weren't good enough on our own without their help."

"If you're passioned about something, you should persue it. It doesn't matter what it is, and it certainly shouldn't matter what gender you are. And yet, because we're women, we're being judged for the decisions we've made and the type of business we want to run."
Ariel was also the one with the lowest self-esteem, and that made her bitchy and naturally, the funniest person in this story. Instead of loving her, her husband made her feel worthless and uninteresting, while actually being that kind himself. 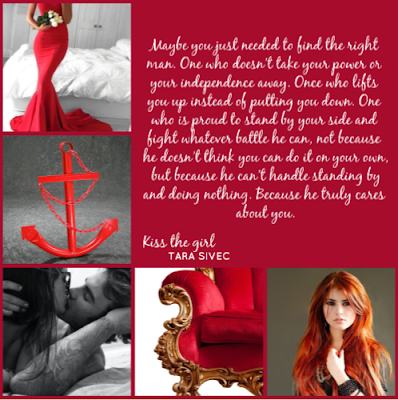 It's interesting how often the most honest and direct people make the most interesting characters. It's probably because we let the characters in books show us our own flaws and weaknesses through their own mistakes. We sometimes even feel like, through their behavior, we're letting out our own frustrations.
But Ariel managed to learn the most important lesson a woman can learn. She is strong and powerful enough to win her own battles, but that doesn't mean she has to fight alone. To have someone we love to support us means only that person cares enough to be there for us. It doesn't diminish our own abilities to achieve our goals. It actually shows how loveable and worthy we truly are.
And that is the moral of our fairy tales, the thing all of us shoudl remember.
***
KISS THE GIRL ON GOODREADS
OFFICIAL WEBSITE OF THE AUTHOR
BUY THE BOOK HERE.

Here are the reviews of other novels by this author:
Tara Sivec: At the Stroke of Midnight
Tara Sivec: In Bed with the Beast